Post your hunting/trophy photos here, and tell us a little about your trip. WARNING: Some photos will be graphic.

Opening day/Hill Country - quickest deer down ever! Got this guy at 6:55AM opening day. Had a deer convention of 6 bucks two of which were big bodied, mature deer. That's unusual on our lease that abuts a 2000 acre "game ranch" that is day lease only. I didn't get to weigh him, but he's the largest deer I've ever taken. He had a perfectly symmetrical 8pt set of antlers. I was using a rifle (Model 88 Winchester .308) that I grabbed by mistake when I packed up. It and my Win Model 70 .270 were still in the identical cases from when I checked zeros on them the week before oping weekend. I loan the Model 88 out if someone needs a gun, but no one did. Used a Federal Premium 165gr Sierra Game King Boat-tail Soft Point and he dropped like a rock with nary a twitch. My son-in-law shot a 12pt at 7:21AM and my brother got an eight point 2 minutes later at 7:23AM. The quickest tag out for three guys ever! When I get the photos of the other two I'll post them. 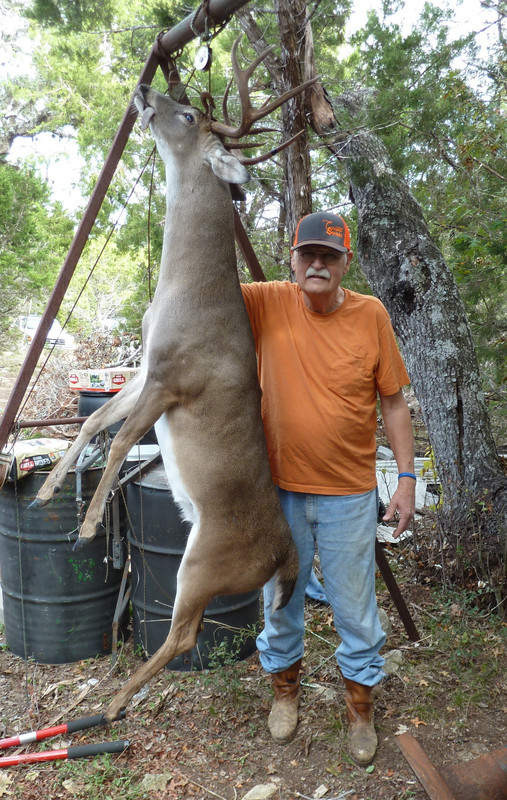 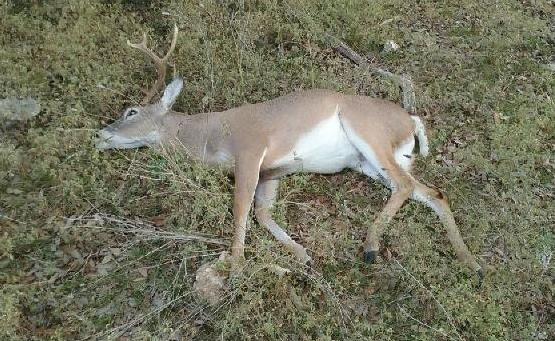 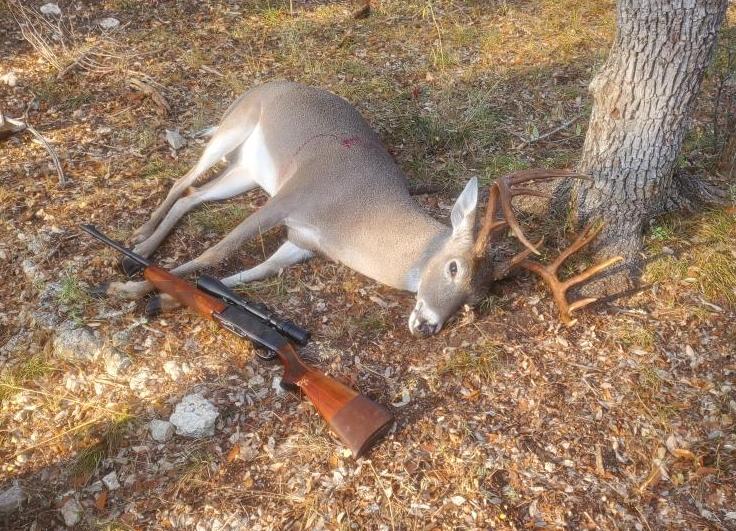 I can't see the pics, but that may be because of my work computer. I'm just happy the website isn't blocked.
http://www.3atatraining.com" onclick="window.open(this.href);return false;
Top

Well done. Congrats to all three of you. Personally, the only meat better than venison is bear.

Wow! Those are some nice Texas deer.

I was wondering when you were going to post some pictures.