Speaking of old military jeeps and controls in funny places: in college I worked summers in a state park. One of the vehicles for use by park staff (and only within the park) was an old military jeep. It not only had the starter button, but the windshield wipers were activated by a lever switch on the dash, and I think it had a couple other things that were different from civilian autos of the day. Anyway not only was this confusing to new summer labor kids joining the park staff, but the fulltime mechanic on staff got bored and wired the horn into the wiper switch, while the horn button now activated the headlights or some such, and so on. Took awhile to get the hang of the thing, but it was fun to drive.

Not long after the Soviets gave up and The Wall came down I had a chance to visit the former east Germany and meet some of my former foe/counterparts that the Federal Republic of Germany had decided to retain in service (about 90% of the DDR military got the boot).

One of the guys had a Trabant, which I got to drive. It was quite an experience. It had the H-pattern shift on the steering column, which happily I had some experience on from driving my Dad's 1965 Ford pick up.

And everything on that vehicle was severely manual...and flimsy. I think the suspension system was made out of rubber bands, it bounced all over the place. Tiny little clutch, brake, and gas pedals. Lawnmower engine...with the gas tank between the engine and the firewall/dashboard.

Syntyr wrote: ↑
Mon Aug 06, 2018 5:09 pm
Reminds me of the first time I drove a right hand drive 1978 Porsche Sportomatic. Talk about brain bender. Driving on the wrong side of the car. Shifting with the left hand and no clutch pedal, the clutch was built into the shift lever.

I think the highlight of my driving career was in Ireland in about 1989 or so, I successfully parallel-parked a right-hand drive manual transmission Ford Escort wagon on a Dublin street...on the first try!

My traveling companions were in awe. 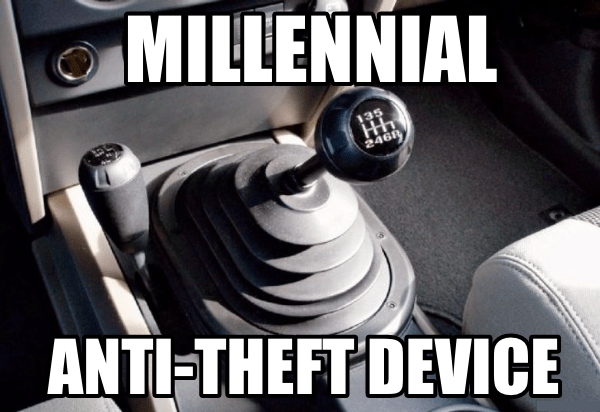 The teens approached the first victim at 6:20 p.m. She was sitting inside her car in the Hill Center parking garage in the 4000 block of Hillsboro Pike. The suspects ran up to her vehicle, one on each side, and opened doors on the driver and passenger side. They yelled for her to get out of her vehicle. As they attempted to pull her from the vehicle, she screamed and held down her car horn. The teens fled on foot. The victim sustained minor injuries but refused treatment.

Approximately one hour later, a woman parked her car in the Kroger parking lot, 2201 21st Avenue South, and as she walked toward the store, one of the teens grabbed the keys out of her hand. Both got inside the victim’s vehicle. After a few seconds, they exited the car and fled on foot, apparently unable to drive a manual transmission.

A short time later, officers spotted both teens in the area and took them into custody. They were positively identified as the young men involved in both incidents. The teens are each charged in Juvenile Court with attempted robbery/carjacking, theft of property, and attempted theft of a vehicle.