CHL discussions that do not fit into more specific topics

They said they need to have a hunting license before applying for LTC
They said they needed to be here 6 months in order to buy a resident hunting license instead of currently required to buy a non-resident (more expensive) license
— of course they can wait a month more to buy that, but I’m more curious if it is accurate that someone needs to be here 6 months to be considered a resident as I thought I remembered for LTC, once you have your DL, you are a resident

Questions
As a resident alien (RA) - can they buy a gun without an LTC?
As a RA, do they need to provide any additional documents to State of Texas than an American who is a resident?
Are there any other oddities which needs to be considered for getting their LTC?

As a RA, can they buy a gun without any special permitting?
As a RA, can a private citizen sell them a gun?

Anything else you can think where I can help educate him would be appreciated?

Thanks
League City, TX
Yankee born, but got to Texas as fast as I could! NRA / PSC / IANAL
Top

I am not familiar with the intimate details of how immigration law for registered aliens affects gun rights, but I can tell you this… My former next door neighbors are Swiss. He works for Lufthansa at DFW. They post to different countries every 6 or 7 years. They moved here from Shanghai. Prior to that they lived in Tel Aviv. They’ve been here for 6 years now and will be moving back to Switzerland later this year. They own a home in Grapevine, and have been model residents. He told me not long after we first met that he had investigated it, and was informed that he could not purchase a firearm with the type of immigration visa he has. I can legally take him to the range (and have), or take him hunting (haven’t yet), and he can legally handle and use my firearms…if I’m present.

It’s kind of silly really. He served honorably as an officer in the Swiss Army, humping an ancient STG-57 up and down the Alps, and he’s quite familiar with gun safety and responsible use. He’s been a more stable resident of the area than many, keeps a tidy home, and was a wonderful neighbor. But the fedgov’t doesn’t trust him to own a gun.

IANAL... This is my OPINION only. Not legal advice.

Is your Japanese friend on an Immigrant or Non-Immigrant visa?

If they are on a non-immigrant visa (I believe this is the case from the info in the OP), then they need to have a valid hunting license to meet the exceptions referenced in the law....

May aliens legally in the United States purchase firearms?

An alien legally in the U.S. is not prohibited from purchasing firearms unless the alien is admitted into the U.S. under a nonimmigrant visa and does not meet one of the exceptions as provided in 18 U.S.C. 922(y)(2), such as possession of a valid hunting license or permit.

Proof that a person has lived continuously in Texas for more than six months (any three of the following):

* issued at least six months prior to license or permit application

All documents must reflect the applicant’s name and a physical address in Texas. Except for a valid driver’s license or other state-issued identification card, additional residency documentation is not required at time of purchase or while hunting or fishing.

I think the "Resident" hunting license is required in order to qualify for a transfer in the state of residence..... Not certain about that. Just makes some sense to me...
I am not a lawyer. This is NOT legal advice.!

Here is a well-researched and informative thread on this subject from a few years ago on this site:

Best of luck to your friend in this endeavor.
Your best option for personal security is a lifelong commitment to avoidance, deterrence, and de-escalation.
When those fail, aim for center mass.

Vol Texan wrote: ↑Fri May 06, 2022 9:29 am Here is a well-researched and informative thread on this subject from a few years ago on this site:

Best of luck to your friend in this endeavor.

I KNEW that was around somewhere... Good find. From the WABAC Machine... 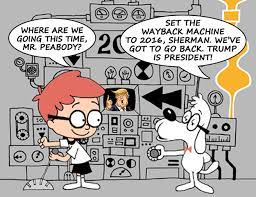 I am not a lawyer. This is NOT legal advice.!

I will share these resources with my colleague and me he decide what to do
League City, TX
Yankee born, but got to Texas as fast as I could! NRA / PSC / IANAL
Top

Happy to help out. It's good when visitors to our country embrace our customs, especially our 2nd Amendment!
When he figures out what he wants to do, give me a call, and we'll get him in our next LTC course!
Your best option for personal security is a lifelong commitment to avoidance, deterrence, and de-escalation.
When those fail, aim for center mass.

Sorry I did not spot this thread sooner.

I became a resident alien on Jul 12 2013, when I arrived at George Bush Airport with my permanent residence visa. Although I had bought a house in Texas on a previous visit, 4 months earlier. On Jul 16 2013 I took possession of my first firearm which was a gift from my father in law. My Green Card did not arrive until Sep 2013, so I had a gun before I had my Green Card.

As a permanent resident with a Texas home address I was able to purchase and keep any guns and ammunition like any other citizen who did not have a CHL/LTC, according to the laws in place at that time. The Key factor here was having a valid Texas ID (Driver's Licence). With that I could and did purchase any firearm, while undergoing the standard background check like anyone else.

I obtained my LTC in 2015. In order to do so I had to submit electronic copies of my Green Card to the DPS along with my applation and Test Certification. I attended the same one day training and test course as any other LTC candidate and did the same practical shooting test. The was no other requirement and certainly no hunting licence (I have never held or applied for a hunting licence) I have no idea where that strange idea comes from.

What was interesting though I that I actually received my LTC more quickly than I expected and quicker than what was normal at that time. I think being an alien actually helped there. I was 63 years old when I applied but had only been living in this country for 2 years. Therefore I did not have much of a background in the US for people to check. As part of the process for obtaining my residence visa I had to provide Police Certificates from every country I had resided in for more that 6 months. I my case that meant Certificates from both the UK and German Police authorities (the German one was needed to cover the 4 years I spent in Germany with the British Army. So in one respect it seems likely that as a resident alien you may be cleared for your LTC more quickly that someone born in the US.
"I command ye therefore, upon the peril of your lives, to depart immediately out of this place." - Oliver Cromwell 1653

I thought Aliens had their own ray guns...?

Good to see you on the forum Noggin. Have not seen you around in a while.