In addition to my CX4s I now have a couple of 9mm IWI Tavor SARs. My CGS Kraken suppressor stamp finally came in also. Will shoot both the CX4 and SAR suppressed very soon.
"You may find me one day dead in a ditch somewhere. But by God, you'll find me in a pile of brass."~~ Tpr. M. Padgett
Top

Beiruty wrote: ↑
Tue Nov 19, 2019 2:16 am
I got an accepted offer on great looking AR9 (pre-owned, local guy, like new) my second PCC, I shot it a USPSA Match at XMG shooting club and I was delighted with its performance

If its in a pistol caliber, might as well be small. 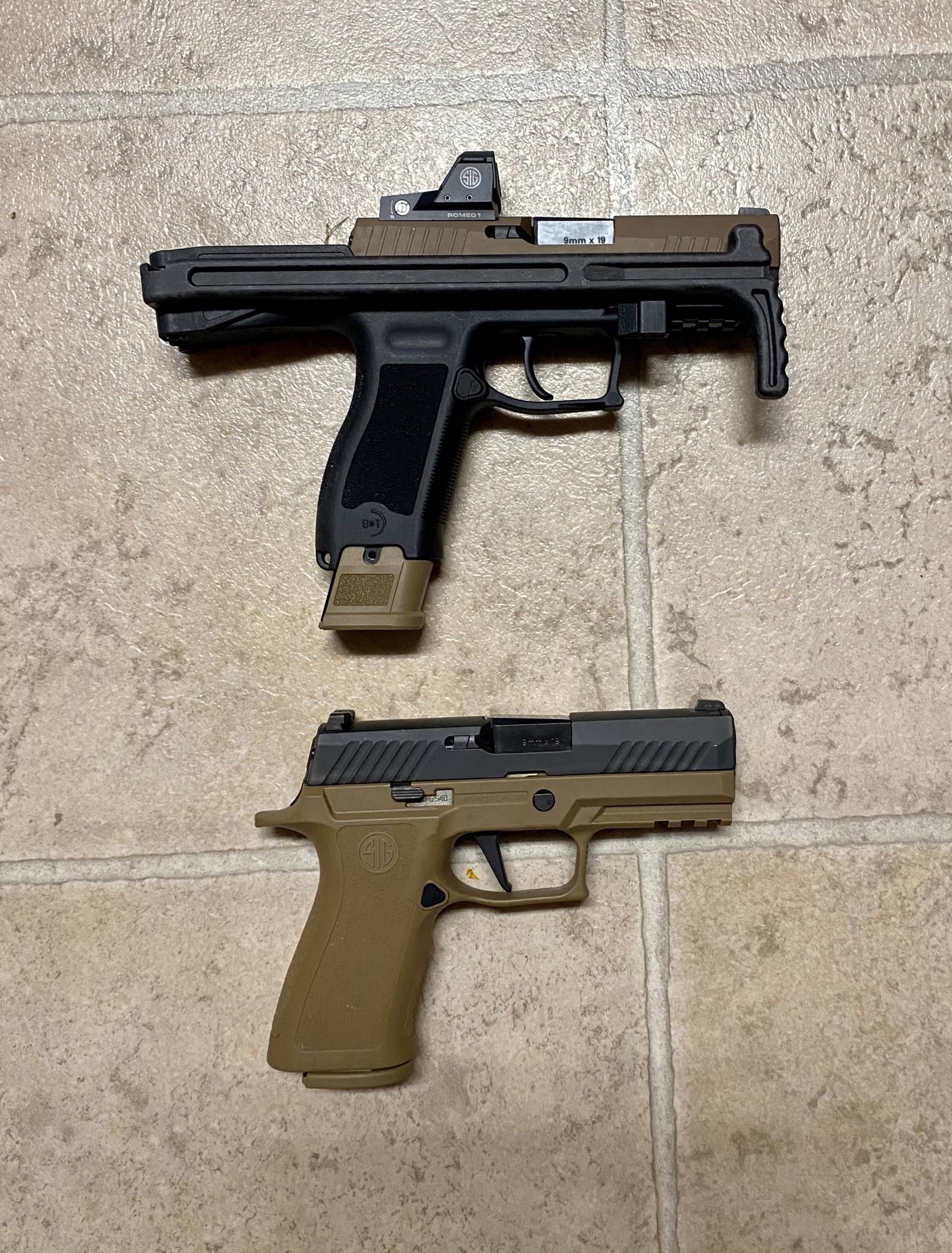 Neat layout and use of the SIg 320 chassis system but man paying a $200 tax stamp on top of that is hard to swallow.
Psalm 91:2
Top

To each his own, but I just don’t understand adding all the extraneous stuff to what appears to be a handy, concealable pistol. O’course, I drive a Jeep Wrangler with a never-used winch, high-lift jack, and CB radio. But that’s different.
Top

E10 wrote: ↑
Tue Jul 28, 2020 12:13 am
To each his own, but I just don’t understand adding all the extraneous stuff to what appears to be a handy, concealable pistol. O’course, I drive a Jeep Wrangler with a never-used winch, high-lift jack, and CB radio. But that’s different.

To give options and capability that both a handy, concealable pistol and a large pistol caliber carbine or regular rifle does not. I shoot a lot of USPSA, IDPA, etc. It's been interesting to watch folks I routinely smoke when we're both shooting pistols outshoot me when they switch over to PCC. It's part of what inspired me to build this.

A red dot and a stock are far from "extraneous". You can make faster, more accurate hits using a red dot on a pistol. This Sage Dynamics white paper is absolutely worth the read if you doubt that: [url]http://docs.wixstatic.com/ugd/7dc128_50 ... 7925b1.pdf[/url. And a stock providing a more stable shooting platform than just hands is obvious enough.

I used to have an MP5 clone. Fantastic shooting gun, cream of the old PCC crop in a lot of ways. I sold it when I built an 8" 300 BLK AR pistol with a law folder that was the exact same size as the MP5. If two guns are the same size, I'll take the one in a rifle caliber.

Here's that 300 blk AR in its smallest configuration next to the B&T 320 chassis: 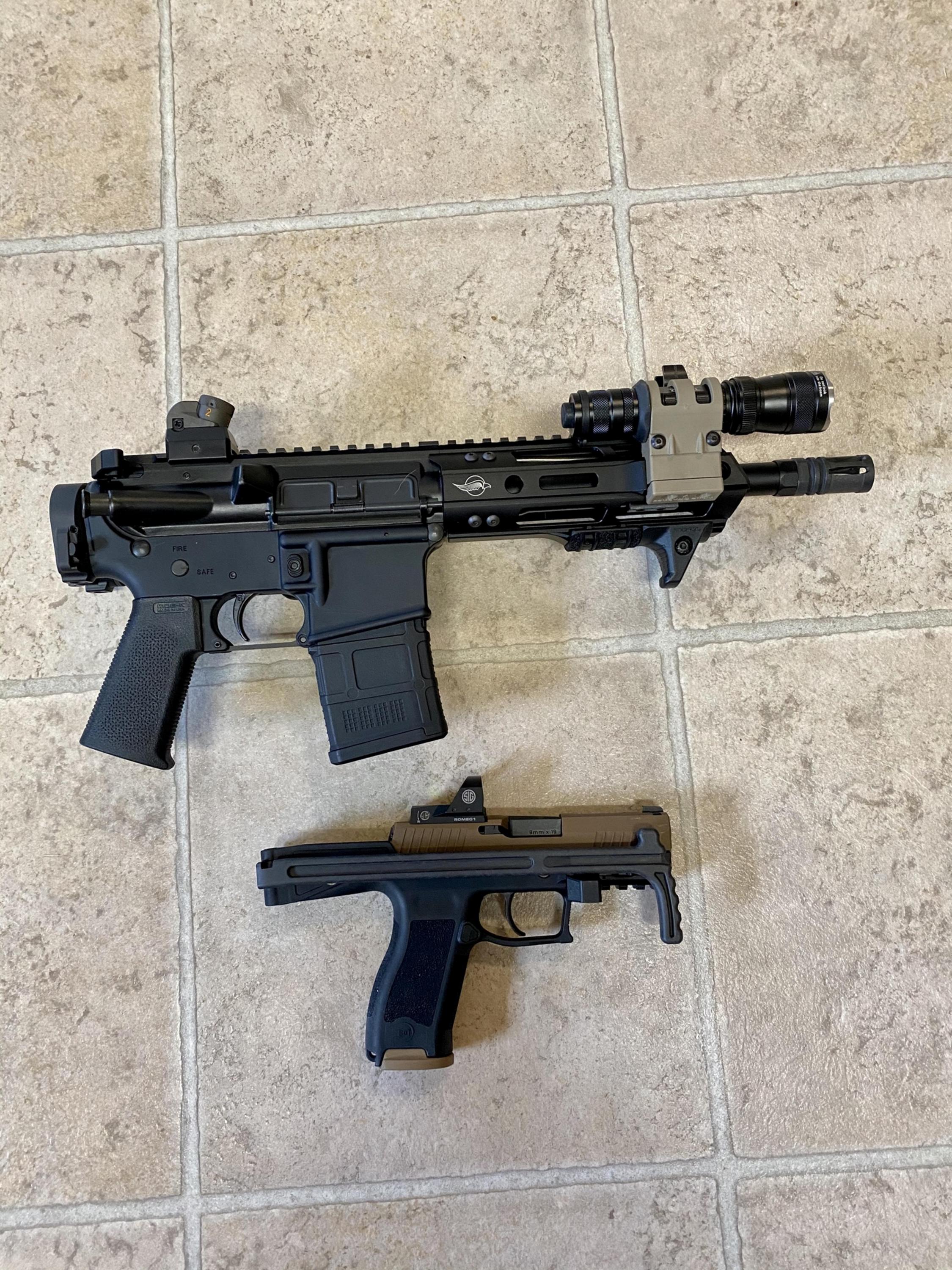 The 320 could go in a console lock box or locked glove box. The AR pistol and larger PCCs....not so much.

Now, I shoot competition, dry fire, go to training classes, etc. I'm perfectly comfortable using just a regular old handy, concealable pistol. My wife on the other hand? She doesn't do any of those things. I'm sure we all have family members like that.

Something like the B&T is going to be both a)small enough for her to actually bother packing in a car/bag and b)significantly easier for her to use than a regular pistol.

In general I'm personally going to prefer either a pistol or a rifle, but a stocked pistol in a small enough size like this could be a great option for folks like my wife who don't train, don't compete, but still might want to defend themselves as they travel. All that "extraneous" stuff ups her hit probability significantly, without adding much bulk at all.
TANSTAAFL
Top

It always is, because it shouldn't be a thing.

I've been having a lot of fun posting this picture with the caption "Here is a picture of a rifle and a pistol" lately. 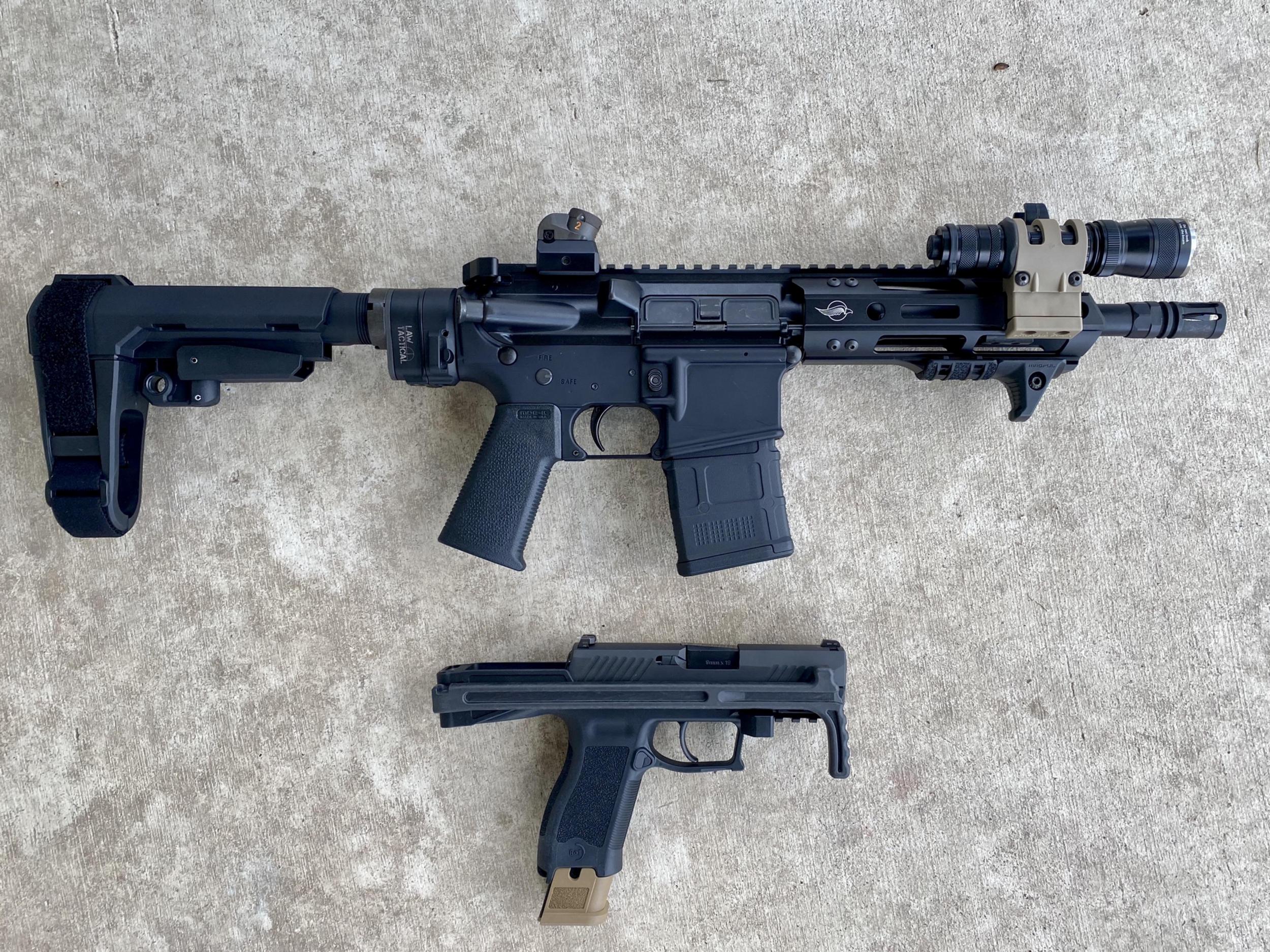 I've been having a lot of fun posting this picture with the caption "Here is a picture of a rifle and a pistol" lately.

I'm sure you've made more than a few heads explode.

Is that a rear sight on your pistol a diopter sight? Who makes it?
Psalm 91:2
Top

Someone was selling HK style diopter sights for AR height rails a few years ago.

Can’t remember who made them and they don’t make them anymore. Glad I picked up a couple sets of them. I like diopters.
TANSTAAFL
Top