Beto voters on this forum are you aware of this:

Beto O'Rourke and Maxine Waters were two of the only 8 congress persons who voted against the Iron Dome for Israel. Even Nancy Pelosi voted with the rest of the Democrats and Republicans to support Israel. The Iron Dome of course is the anti missile defense system that protects Israel from terrorists that launch unguided missiles into the populated cities of Israel.

Beto voted against the bill, allowing Harvey victims to receive tax deductions on personal losses from the storm and reduced penalties for withdrawing funds from retirement accounts to cover storm-related costs.

Beto voted against this house resolution: “Resolved, That the House of Representatives—
(1) expresses its continued support for all United States Immigration and Customs Enforcement (ICE) officers and personnel who carry out the important mission of ICE;
(2) denounces calls for the complete abolishment of ICE; and
(3) supports the efforts of all Federal agencies, State law enforcement, and military personnel who bring law and order to our Nation’s borders.”

Beto has an F rating from the NRA.
Top

I may be wrong but I thought they publish early voting results in the past, just curious there.
Stay Safe
Top

We should be seeing exit polling any second now …

Thanks I will be out for awhile update if you can 1st air cav here also, UH! GS pilot Viet Nam
Stay Safe
Top

Until I got my leg hurt and lost flight status them I went to the dogs!
Stay Safe
Top

1. Vote for people I specifically want to win. This means that I have paid enough attention to that race that I decided who I support for whatever reason.
2. Vote against people I specifically do not like. Again, this means I paid enough attention to a race to make a decision.
3. In races where I did not pay that much attention (we simply have too many offices for me to follow all of them), I refuse to vote in any race where the person is unopposed. If he can't win without my vote in a case like that, he doesn't deserve the office.
4. Vote by party in the following order:
a. Libertarian
b. Independent
c. Republican
d. Democrat
e. Vote against anyone in Communist or Socialist party.

I note that when I get to the party part, I place the Republican party higher than the Democrats, but since I vote for (and against) people first, there are specific issues I use to decide. I do know of some Democrats who are staunch supporters of gun rights and I can be convinced to support them in some specific cases.

As an aside, when I vote against someone it is usually character based more than issues.

d. and e. are the same thing now.
The left lies about everything. Truth is a liberal value, and truth is a conservative value, but it has never been a left-wing value. People on the left say whatever advances their immediate agenda. Power is their moral lodestar; therefore, truth is always subservient to it. - Dennis Prager
Top

I guess your info is lacking man. Voting for Democrats will result in less freedom, if you care about such things.
The left lies about everything. Truth is a liberal value, and truth is a conservative value, but it has never been a left-wing value. People on the left say whatever advances their immediate agenda. Power is their moral lodestar; therefore, truth is always subservient to it. - Dennis Prager
Top

I used to be a warrior like you, until I took an arrow to the knee. We traded our Charlie model guns for Cobras when I got there, and occupied the old 1st Cav base at Evans north of Hue. My hooch was next to the ammo dump that got rocketed in the 1st Cav days and was just a huge crater. Did you fly Charlies?

To stay on topic, when we vote this week, if we are approached by Beto supporters, just like the Obama supporters in the past, we will quickly so them away with a, "Sorry, we're not ignorant."
Top

Yup UH1 C
Until A hard landing not on purpose messed up my R leg then went to the dogs!
Stay Safe
Top

Well my hard landing, not on purpose either, only resulted in compression fractures of my spine, so I maintained flight status. But now at 76 I'm paying the price. Oh for the good old days 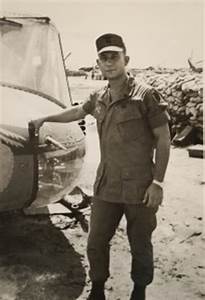 mojo84 wrote: ↑
Tue Oct 23, 2018 5:09 am
That's great but both of your positions are significantly different than infoman's. I'm curious about what dem positions makes him want to vote dem when one of their primary positions is contrary to the 2nd Amendment and what this forum is about.

I understand your focus as it relates to that single issue on this forum, but the members of this forum are voting for candidates who will be voting on MANY issues that are affecting their lives in many ways for the next term and probably for many years to come. I'm 62years old and the political system in Texas, as well as the rest of the United States, has changed drastically in the last 16 years. I've had family members who served as Senators and Representatives in Austin throughout the 60's and into the 90's. During those years, and for many more prior to that era, we had some politicians who were "Statesman" and unfortunately, many others who were just there to see how much money and influence they could acquire. For most of the 20th century, the Democratic party was in control of the process. They were not left wing liberals--they were the same people that later had to switch to the Republican party if they wanted to stay in office. We had ONE Senator that was a Republican--John Tower and he held his office for many years. He was a "Statesman". The people of his district didn't vote for him because he was a Republican--they voted for him IN SPITE of it, because they were voting for the MAN not THE PARTY. During all of those years the Legislators worked together and were able to get things done because they could meet and discuss the pros and cons and find common ground that they could both agree on." You give a little here and we'll give a little there, and we can both get something done that benefits us all". Instead of having to simply oppose any bill proposed by the other party, which is what we have devolved to nowdays. The situation now puts the party in control of the votes. If a conscientious legislator having studied the issue thoroughly and reached the conclusion that Bill # xxxxxx, which his party supports, will hurt more people than it helps, or is designed to give a particular company or industry an unfair advantage that would allow them to profit at the expense of others unfairly and he refuses to vote for it, he will be called into the Lt. Governor's or the Speaker's office and chastised severely, and told that if he ever does that again, the party will find and fund someone else to defeat him in the upcoming election and that he will never be allowed to bring any bill to the floor for the remainder of his term. That will not be a "thinly veiled threat"--it will be done in very "strong" language. That is not the way a Democracy is supposed to operate. Yes, the majority does rule, but the people are supposed to be voting for the individual they believe will best serve THEM in their district. What we have wound up with now is legislators that cannot vote their conscience if it is in conflict with the party bosses wishes. Majority rule is not supposed to mean that you get to have everything your way, without considering how it affects ALL of your constituents. A good example is our two top State government officials campaigning on the fact that they refused to expand Medicare/Medicaid coverage in Texas because we don't need more "handout programs". That money (100's of millions of $$) comes from federal tax dollars, not from our state budget. The citizens of Texas have ALREADY paid that money into the federal budget. The money IS being spent, but it's going to other states and the people of Texas are not getting anything for the money they paid in. Our Hospitals and Clinics are required to provide service for people whether they can pay or not, and the primary reason Texas has seen a number of Rural hospitals closing their doors in the last 2 years is because that tax money was previously being paid to them for Medicare/Medicaid and Indigent Care, and the state is cutting that funding to them every year. I, personally do not think that is something to brag about in their political ads--saying they stood up to the feds and refused to expand Medicare/Medicaid coverage, when what they really did was send our money to other states. Instead they come up with divisive "non-issues" to polarize support and raise party funds with silly crap like the "Bathroom Bill". "End of Rant"

"I looked out under the sun and saw that the race is not always to the swift, nor the battle to the strong" Ecclesiastes 9:11

"The race may not always go to the swift or the battle to the strong, but that's the way the smart money bets" Damon Runyon
Top

mojo84 wrote: ↑
Tue Oct 23, 2018 5:09 am
That's great but both of your positions are significantly different than infoman's. I'm curious about what dem positions makes him want to vote dem when one of their primary positions is contrary to the 2nd Amendment and what this forum is about.

Instead they come up with divisive "non-issues" to polarize support and raise party funds with silly crap like the "Bathroom Bill". "End of Rant"

To you perhaps a "non-issue" and "silly crap", but to me and others that believe as I do, these issues are important.

My first and most important stand is on Gun Rights and the expanding of the same. Next are those issues that I find to be repugnant and against my beliefs. The only reason I chose gun rights first, is because that so far, most of those who are for gun rights also believe as I do.
Unless we keep the barbarian virtues, gaining the civilized ones will be of little avail. Oversentimentality, oversoftness, washiness, and mushiness are the great dangers of this age and of this people." Teddy Roosevelt"
U.S. Army Retired, (Sapper). VFW Life Member.
Top

If (please correct me if I'm off base) by 'bathroom rights' you are referring to what a tiny minority of very vocal folks demand with what the vast majority disagree, I don't think it's silly either.

I think it's obnoxious.

Stay within your DNA and don't impose.

As in: If you're a man, stay out of women's restrooms. And vice versa.

Oh right, less than 1% of the population insists that want the world should be shaped as they would have it?

Sorry, the vast majority of the U.S.population rejects that kind of thinking...

The bullying by the very small minority is part of the reason President Trump won.

He and most us are tired of being self-righteously lectured to about how we're off base and have to kow- tow to what we find objectionable.