Some people myself included. Are pretty disgusted with the current president. While running the first time he gave us lots of promises, but has done little to nothing to support us. Even his Supreme Court nominations seem to be pretty weak on second amendment issues.

It could be worse, there is the most conservative democrat contender Joe Biden.

Liberty''s Blog
"Today, we need a nation of Minutemen, citizens who are not only prepared to take arms, but citizens who regard the preservation of freedom as the basic purpose of their daily life and who are willing to consciously work and sacrifice for that freedom." John F. Kennedy
Top

Sleepy Joe could put a room full of hopped up meth heads to sleep in a New York minute. His best future career option is to become a spokesman for Ambien.
"You may all go to H3ll, and I will go to Texas." - Davy Crockett
"Fast is fine, but accuracy is everything." - Wyatt Earp
NRA Life Member
לעולם לא תשכח
Top 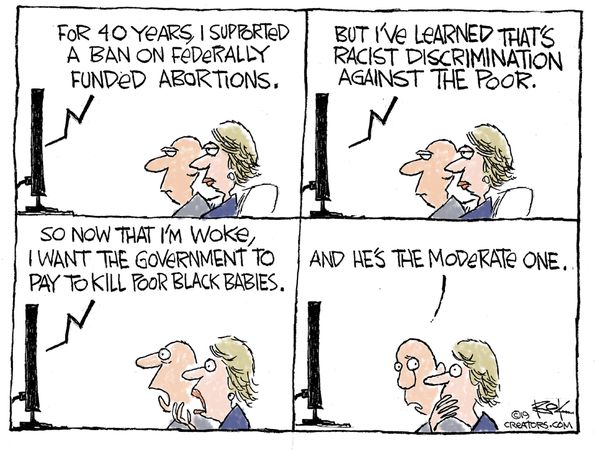 Wow, what an expert!
-Ruark
Top


“There are certain things where it just takes a brass knuckle fight,” Biden continued, later adding: “Let’s start a real physical revolution if you’re talking about it.”

Mr. Biden, go ahead and bring brass knuckles to the fight. You're going to find its not a "brass knuckes fight."
The left lies about everything. Truth is a liberal value, and truth is a conservative value, but it has never been a left-wing value. People on the left say whatever advances their immediate agenda. Power is their moral lodestar; therefore, truth is always subservient to it. - Dennis Prager
Top


“There are certain things where it just takes a brass knuckle fight,” Biden continued, later adding: “Let’s start a real physical revolution if you’re talking about it.”

Mr. Biden, go ahead and bring brass knuckles to the fight. You're going to find its not a "brass knuckes fight."

This reminds me of something that one of my favorite coworkers told me. He said the next Civil War would be between Democrats and Republicans. He also said I’m not worried at all because guess which side has guns.
EDC: Sig P938
Tactical pistol: Sig P226 tacops
Hunting sidearm: Glock 40 10mm
Game rifle: Remington 700 weatherby 7mm pre buyout
Currently training for Spartan races in order to get into shape for Run n Gun matches
Top
Post Reply
6 posts • Page 1 of 1