One less communist in the race.

Guess he has taken in enough money to last him until the next race he gets in.

He is not expected to run for any other office in 2020, despite persistent efforts by party leaders and political donors to coax him into another bid for the Senate.

Of course, I’ll believe it when I see it.

I believe he is running for state office again. I base that on the fact that two years ago he was against gun confiscation, two months ago he was for it, and in the last week he has denied that he ever advocated it.

He announced right after his campaign withdrawal statement that he would not run for public office again.

Give me Liberty, or I'll get up and get it myself.—Hookalakah Meshobbab
I don't carry because of the odds, I carry because of the stakes.—The Annoyed Boy
My dream is to have lived my life so well that future generations of leftists will demand my name be removed from buildings.
Top


Helps if you say it out loud a couple of times.
Top 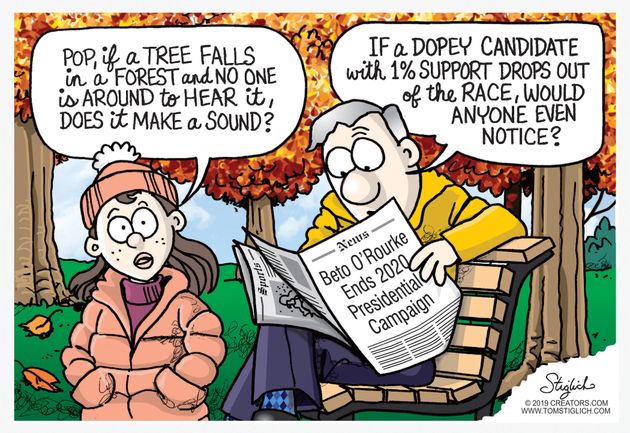 
Helps if you say it out loud a couple of times.

now that was worth getting online today THANK YOU

Proud to have served for over 22 Years in the U.S. Navy
Top


Helps if you say it out loud a couple of times.

now that was worth getting online today THANK YOU

I didn’t get it till I said Natcho President out loud.
Top 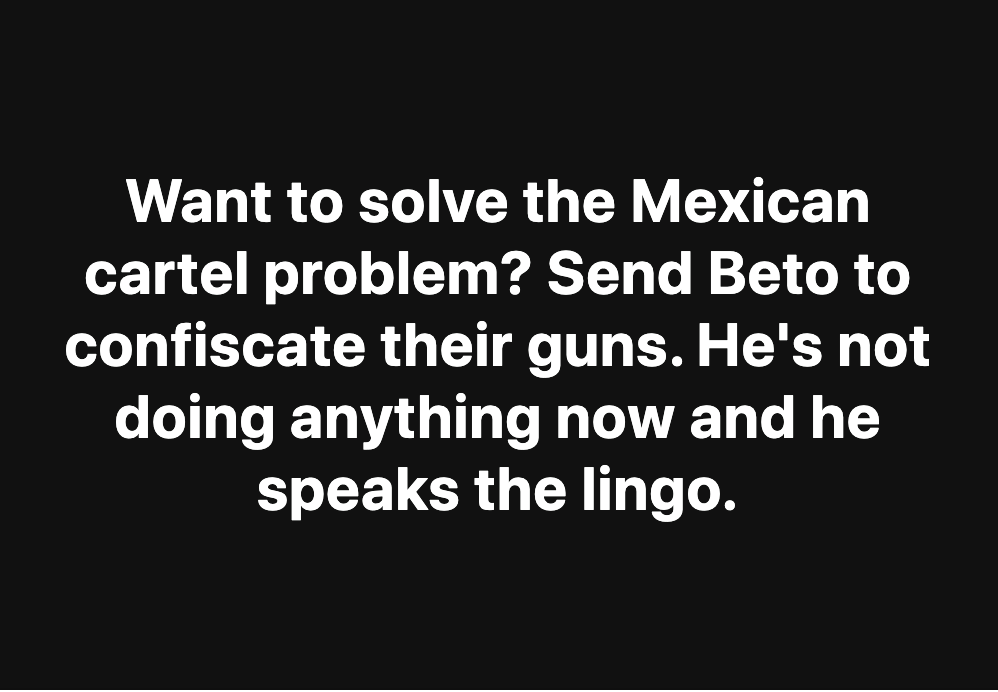